Warning:Explicit Language.Justin Bieber has come under fire today after an old video emerged of him telling a racist joke! The video shows a 15-year-old Biebs grinning while telling a pretty offensive racist joke to his friends. You can watch the RAW video below. Thoughts!? 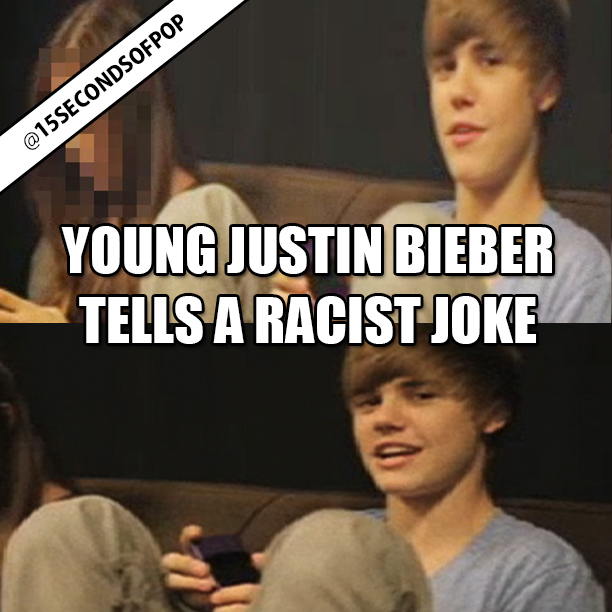