Viral News: A makeup artist is causing a lot of controversy online all because of a makeup test she posted on Tumblr last week! Kira Markeljc lives in Germany and LOVES “Michonne” from The Walking Dead, so she decided to document building her costume. After she was done she uploading this pic (on the left) online and was FLOODED with hate and angry comments. Some people are calling her racist and to stop using “black face”. After all the backlash she decided to just delete her photos to stop all the hateful remarks. THOUGHTS!? 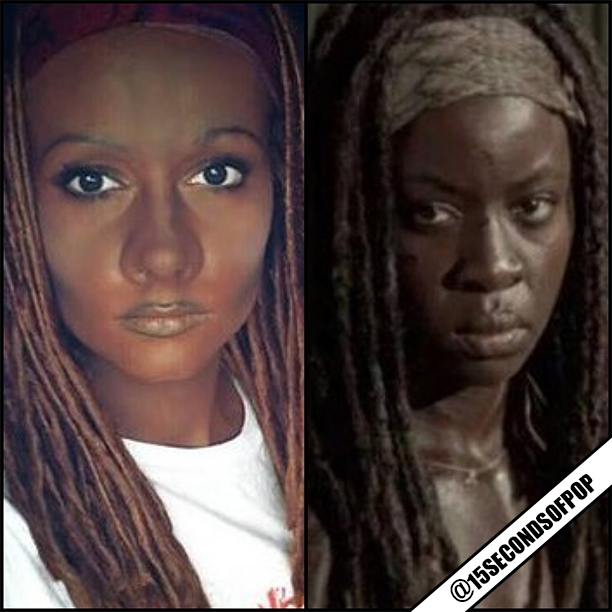