Random Celeb Video: So, Drake was at the Raptors vs Brooklyn Nets game last night, and of course he had court side seats! BUT, the game must have been really boring, because Drake was seen in the background casually using a lint roller on his pants like he’s alone in the bathroom getting ready. Anyway, having residue on your black pants does suck. but what’s he gonna do at the next game? Iron his shirt? 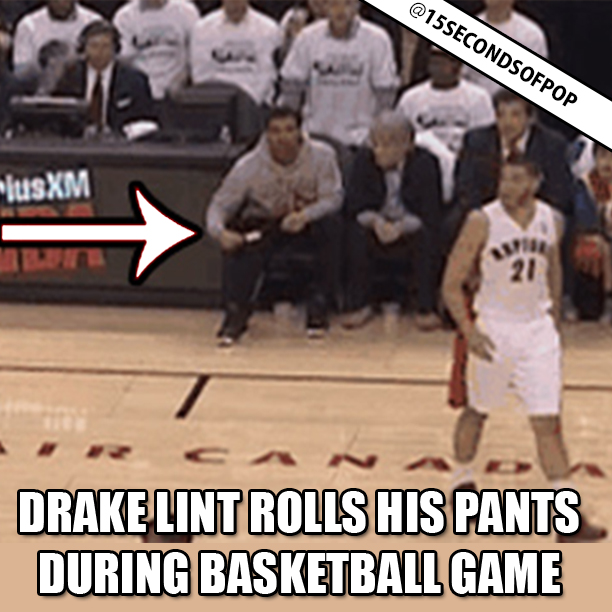