This is one of the last photos of Robin Williams taken at an Art Gallery in San Francisco, just a day before his death. His wife (who is in the foreground of this picture) has released a statement saying that his “sobriety was intact” but he was struggling with depression and anxiety, and he had been diagnosed with Parkinson’s disease, which he wasn’t ready to share with the public yet. RIP 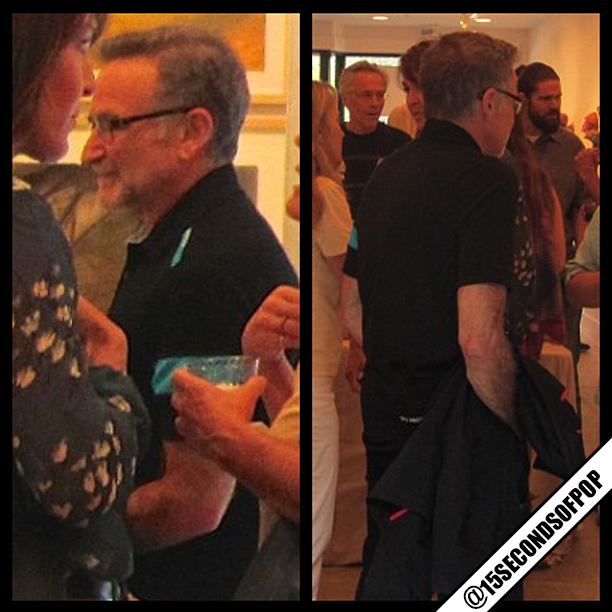