Legendary British actor Richard Attenborough died at the age of 90 over the weekend. He is probably best known for his role in Jurassic Park, and as Santa Claus in the remake of Miracle On 34th Street. However, his 70-year film career also included The Great Escape, and he directed Gandhi, which won him 8 Oscars! RIP 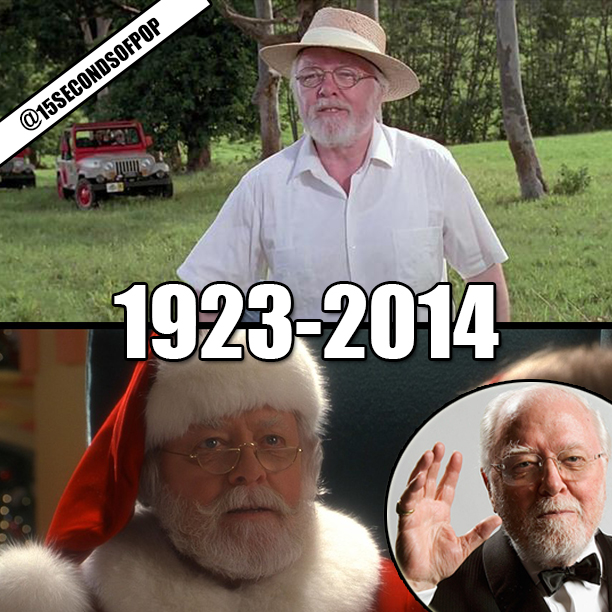