Viral Video! A young man who was trying to take a video selfie next to a train track has learned the hard way that it was definitely a bad idea! Jared Michael said he was trying to take a selfie while the train passed, but got kicked in the head instead! Hopefully he learned his lesson, but have YOU!? 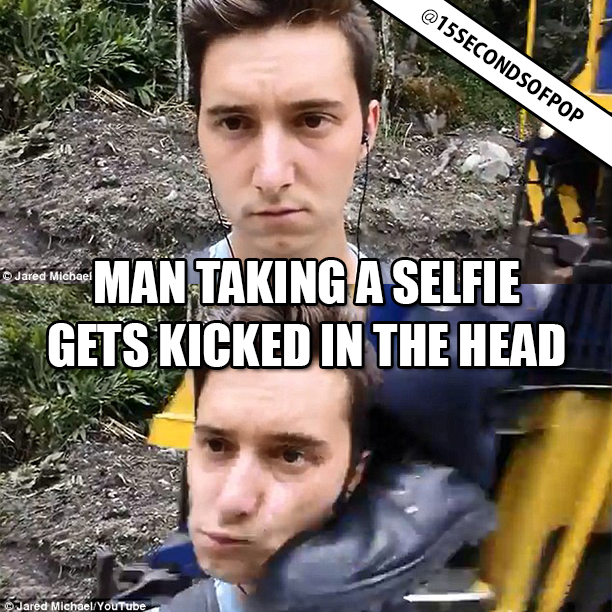 Man Taking A Selfie Near Train Gets Kicked In The Head