Kanye West left a fan “broken hearted” after telling him his Air Yeezy sneakers were fake. The fan was shocked when Kanye said “these are not real tough” when asked to autograph them. However, Ye still signed the shoes, and this video has since gone viral. 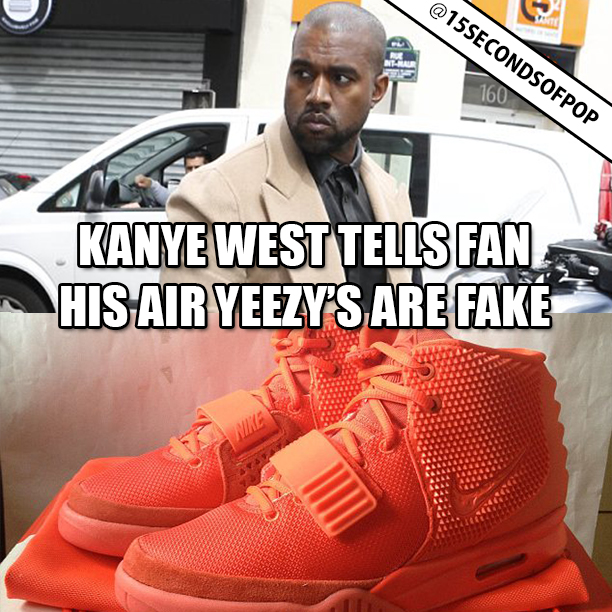