Trending Now: Last night, Earl Hayes, a friend, rapper, and associate of Mayweather Jr., shot his wife Stephanie Moseley, a dancer who starred in the show Hit The Floor on VH1 while in a rage over her alleged infidelity with a “famous singer”. Hayes then turned the gun on himself and killed himself. Floyd reportedly witnessed the murder suicide on FaceTime when Hayes called him in a rage. Sources close to Floyd say he is not doing very well and is having a hard time dealing with witnessing such a tragedy. 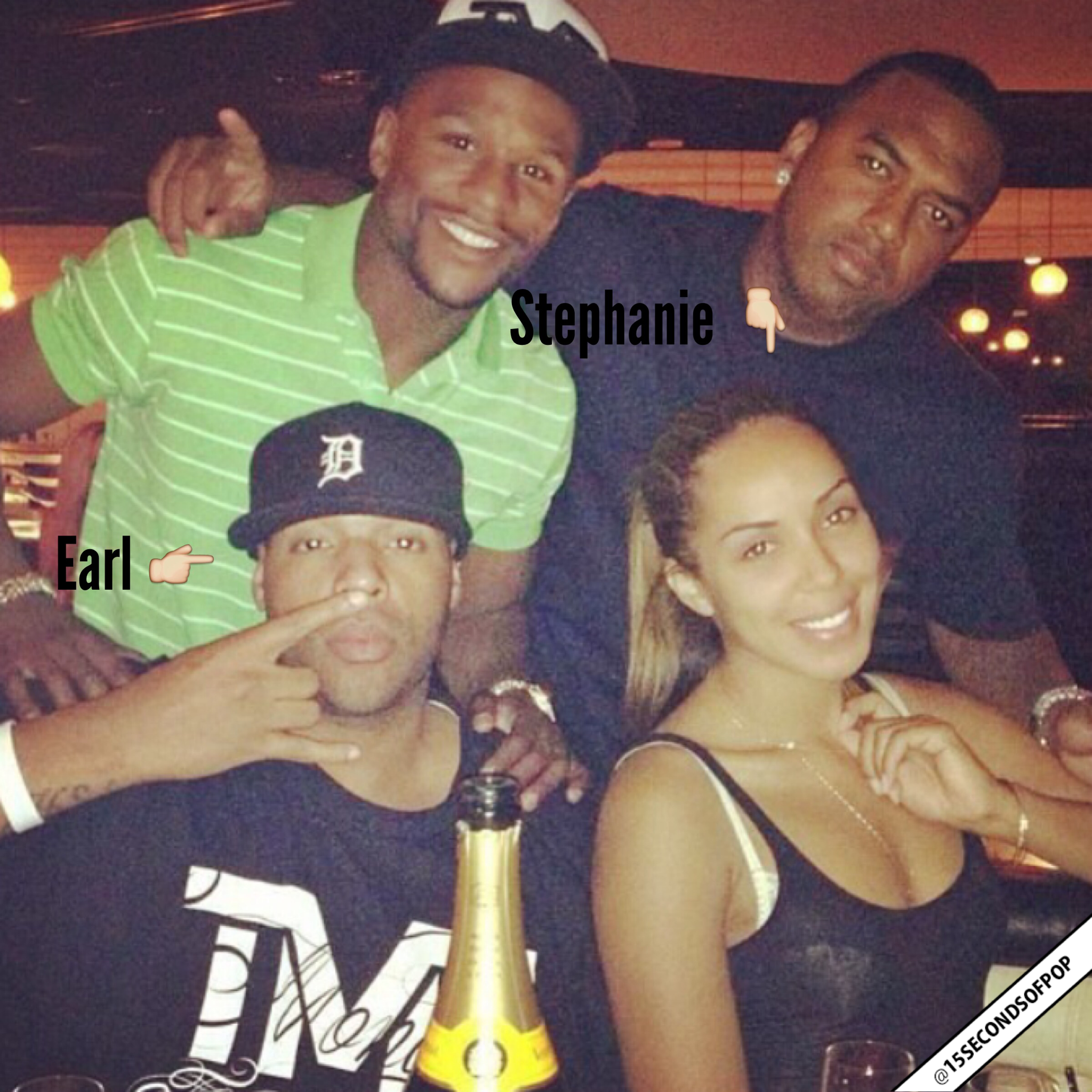 Floyd Mayweather is reeling tonight … because he was on FaceTime with one of his best friends when the guy pulled out a gun, shot his wife and then killed himself … TMZ has learned.

Sources tell us … rapper Earl Hayes called Floyd on FaceTime Monday morning in a rage, over claims his wife — VH1 star Stephanie Moseley — had been unfaithful.

According to our Floyd sources, Earl said he was going to kill his wife. The champ was pleading with him to get a grip … to no avail. Floyd will not say how much he saw, but he acknowledges he was a witness and heard everything.

Floyd is in shock and is having extreme difficulty dealing with the fact that he witnessed a horrifying murder/suicide.

2:30 PM PT — We’ve learned Moseley and Hayes were married.
2:00 PM PT — Law enforcement tells TMZ, Hayes shot Moseley and then turned the gun on himself. update_grey_gray_bar
“Hit the Floor” star Stephanie Moseley is dead …. after her rapper husband — a member of Floyd Mayweather’s Money Team — shot her and then killed himself … TMZ has learned.
We’re told residents at a swanky L.A. apartment complex near The Grove heard shots ring out early Monday morning. The SWAT team raced to the scene and knocked down the door of an apartment … and found 2 people shot to death.
The rapper Earl Hayes — who was once signed to Mayweather’s record label — often partied with Floyd. Moseley has been a backup dancer with numerous singers, including Chris Brown and Britney Spears. 1208-chris-brown-stephanie-measley-INSTAGRAM-FLOATING-01Residents heard a woman screaming in the apartment before shots rang out.
Sources connected with Moseley and Hayes tell TMZ … he had accused her of infidelity with a famous singer.
Chris Brown just Instagrammed, “RIP baby girl. Danced with me on tour and was always the coolest person. My prayers go out to you and HAZE family.”