Last night’s episode of Seth MacFarlane’s animated hit series, Family Guy left viewers in utter shock. Brian, the canine companion who has been in every episode since the pilot, was hit by a car and died. The Griffin’s quickly filled Brian’s void with a new dog named Vinny. Will Family Guy ever be the same without Brian? 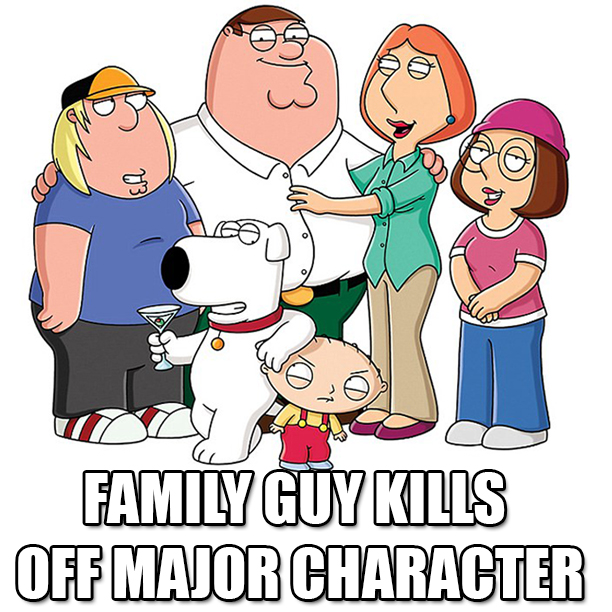 “…this was an idea that got pitched in the writers room, and it sort of caught fire and we thought it could be a fun way to shake things up,” Callaghan told E! Online. “As soon as this idea came up, we started talking about what the next couple episodes could be, and we got very excited about the way this change will affect the family dynamics and the characters.”

“It seemed more in the realm of reality that a dog would get hit by a car, than if one of the kids died,” Callaghan said. “As much as we love Brian, and as much as everyone loves their pets, we felt it would be more traumatic to lose one of the kids, rather than the family pet.”

Don’t you care how the fans will react?

“I’m not [scared], only because our fans are smart enough and have been loyal to our show for long enough to know that they can trust us. We always make choices that always work to the greatest benefit of the series,” Callghan said.